Shadow Education in Africa: Leading Comparative Analysis of Private Tutoring around the World

Mark Bray, Distinguished Chair Professor and Director of the Centre for International Research in Supplementary Tutoring (CIRIST) at East China Normal University (ECNU), is the world’s foremost authority on comparative analysis of private supplementary tutoring. His book entitled Shadow Education in Africa: Private Supplementary Tutoring and its Policy Implications is newly published. The book addresses both Sub-Saharan and North Africa, and draws many lessons from comparative analysis. It is the first comprehensive work on shadow education in Africa. Particular attention is paid to regular teachers who also provide tutoring, and to private-sector enterprises. It shows ways in which the shadow sector has grown, to some extent paralleling the growth in China. 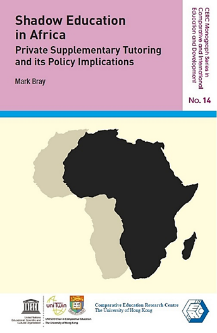 The French-language version was launched in April 2021 at a special event hosted by CONFEMEN (Conférence des ministres de l’Éducation des États et gouvernements de la Francophonie), which is headquartered in Senegal. The event was co-hosted by France Éducation International, which is an arm of the French government responsible for international relations in the education sector. 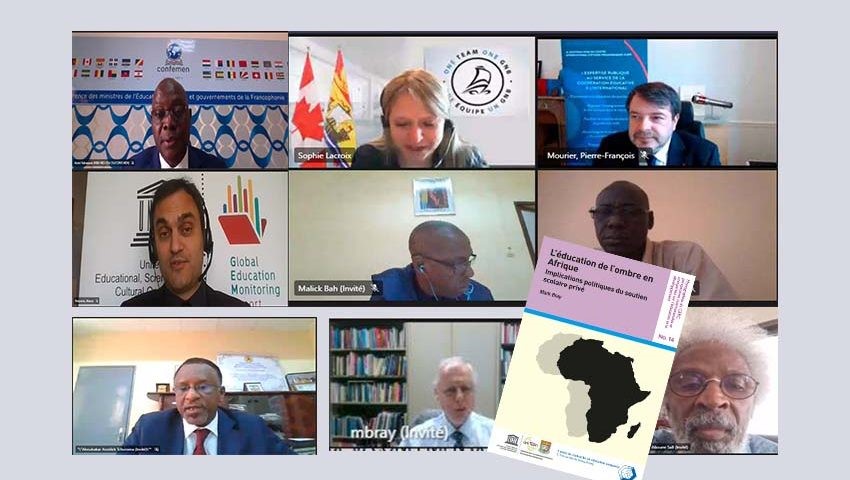 All speakers recognized the need to focus more clearly on private supplementary tutoring, especially in the context of social inequalities.

Following this launch, efforts have been made to reach diverse audiences. Two channels for doing so are: 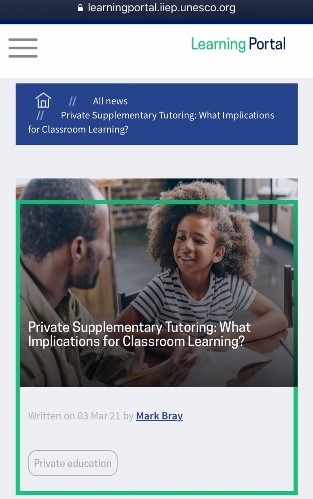 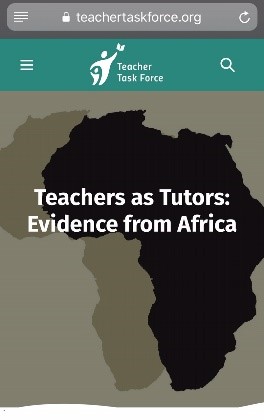 The book is also the focus of a FreshEd podcast during which Professor Bray was interviewed by Will Brehm. Remarks during the podcast showed some similarities between parts of Africa and of Southeast Asia.

Prof. Mark Bray is the world’s most authoritative expert on  private supplementary tutoring (shadow education). He is the pioneer, founder and leader of this research field.  His research results have been widely used for reference among the academic research and governance policies of shadow education both domestic and overseas.

Prof. Bray’s first book on the theme  ‘shadow education’ was published in 1999 by UNESCO’s International Institute for Educational Planning (IIEP). It is the foundation for much subsequent work on ‘shadow education’ – a commonly-used metaphor recognizing that much of the curriculum for supplementary tutoring mimics that of schooling.

Since the publication of his monograph in 1999, Prof. Bray has published further 10 books and hundreds of papers in the field of shadow education, deeply analyzing the market and governance policies of  private supplementary tutoring around the world, and constantly promoting the development of international comparative studies on shadow education.  His most recent book is entitled Shadow Education in Africa: Private Supplementary Tutoring and its Policy Implications. It builds on a Working Paper for UNESCO’s Global Education Monitoring Report, which for the 2021/22 edition focuses on non-state actors in education. Shadow education is recognized as a component on non-state activity of growing scale and significance.

ECNU is proud to share its expertise across the globe, reaching both high-income and low-income countries. China itself has long – and controversial – experience with shadow education. Stakeholders elsewhere are looking closely at China’s new policy initiatives in this domain, to see what can be learned. The research results of Prof. Bray ’s team on shadow education and the continuous in-depth research on the practice and policies of  private supplementary tutoring in various countries over the past 20 years, are the foundation of relevant research and development in China, as well as the core reference materials of think tanks and policy makers.